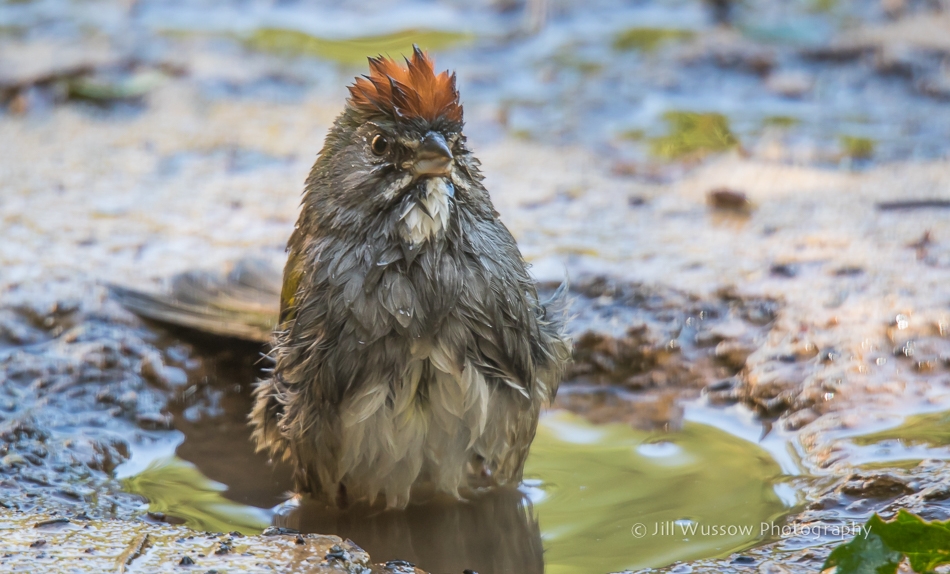 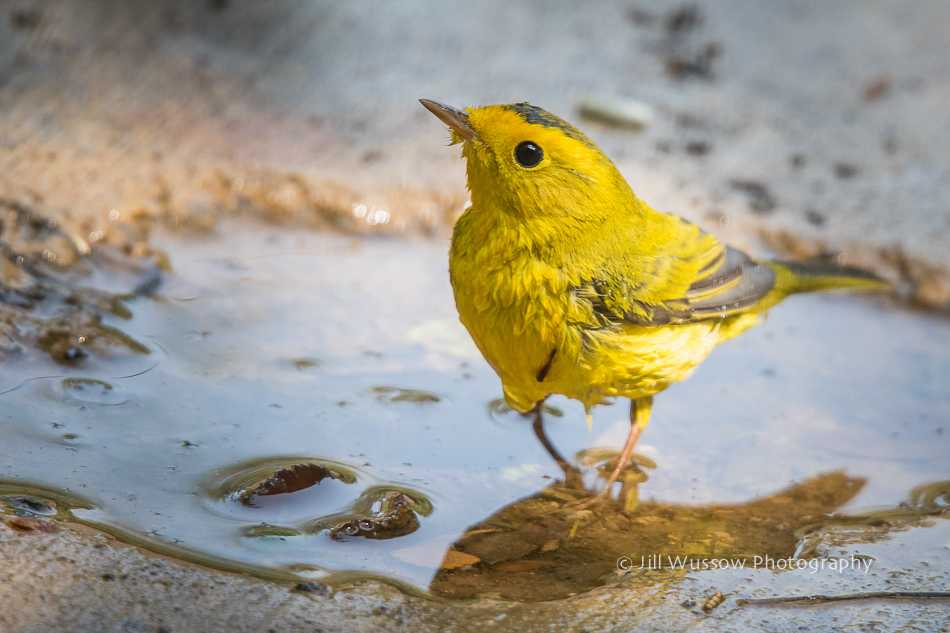 Above: Wilson’s Warbler being cuter than need be. Below: Green-tailed towhee feeling like a new man. 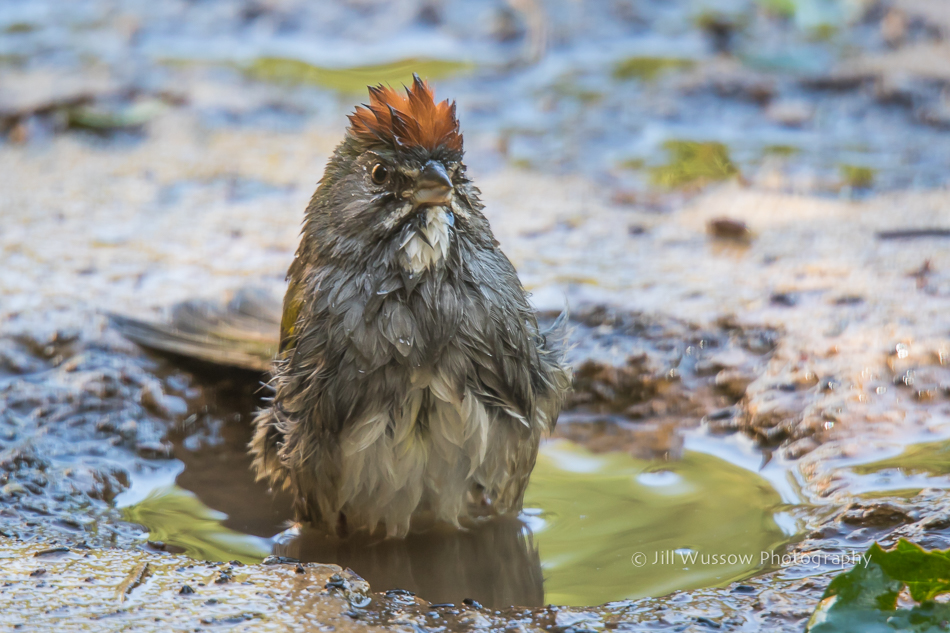 Hello and hi! It’s lately been pretty crazy over here with the birds. It appears that I have the most coveted puddle, where all the birds want to go. It’s clearly the place to be. I’ve had I think 32 bird species, plus raccoons, skunks, and a wandering garter snake come to this sweet and glorious oasis.  I was debating charging a few bucks per bath. (Lincoln’s Sparrow and Townsend’s Warbler below) 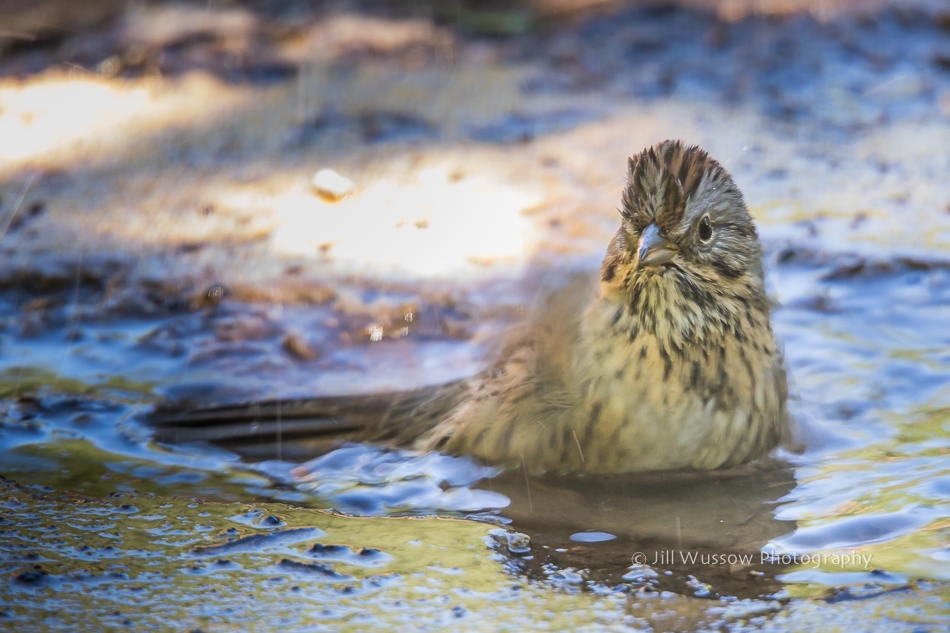 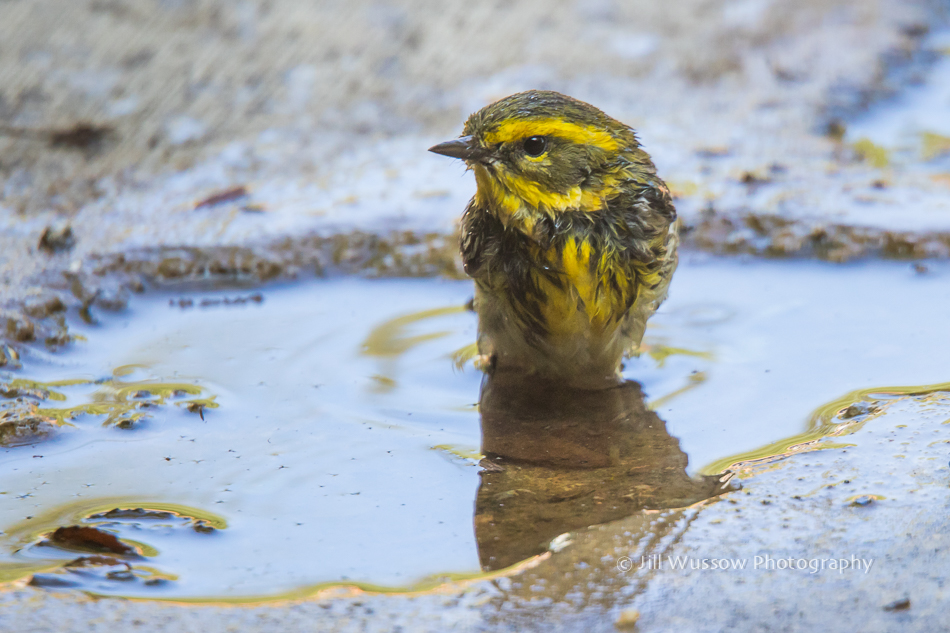 These are all taken through my extremely dirty kitchen window, so quality is less than ideal.  Lately, I have pretty much  been staked out there all day every day (not really, but also not completely inaccurate).  They’ve got a proper bird bath about 10 feet away, but I think they all feel safer at The Puddle, since it’s got high vegetation on 2.5 sides. 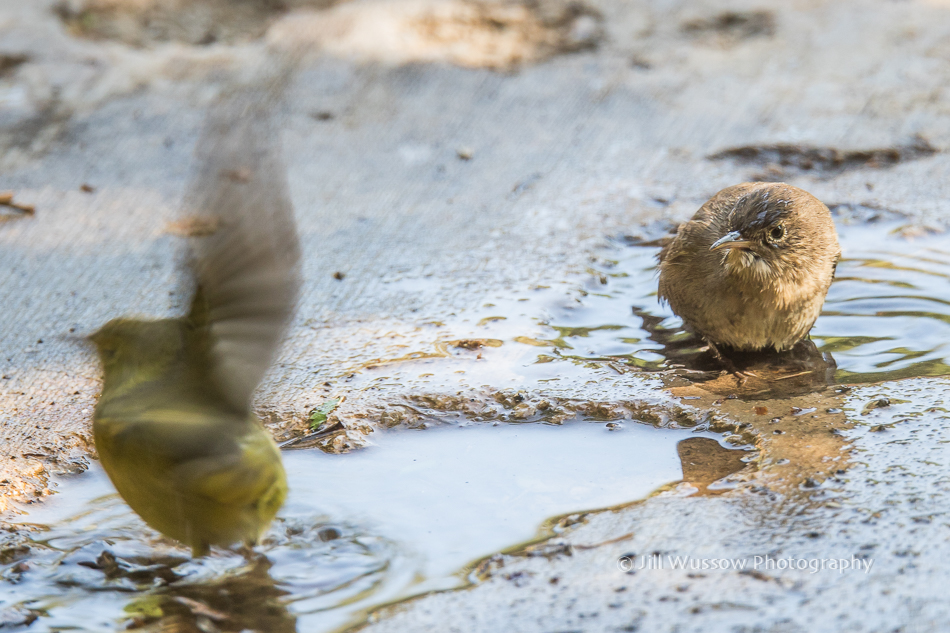 Above: House Wren blatantly judging an orange-crowned warbler for those dance moves. This is why I don’t dance. The judgement from House Wrens. It’s rather harsh.  Below: Spotted Towhee properly hydrating. 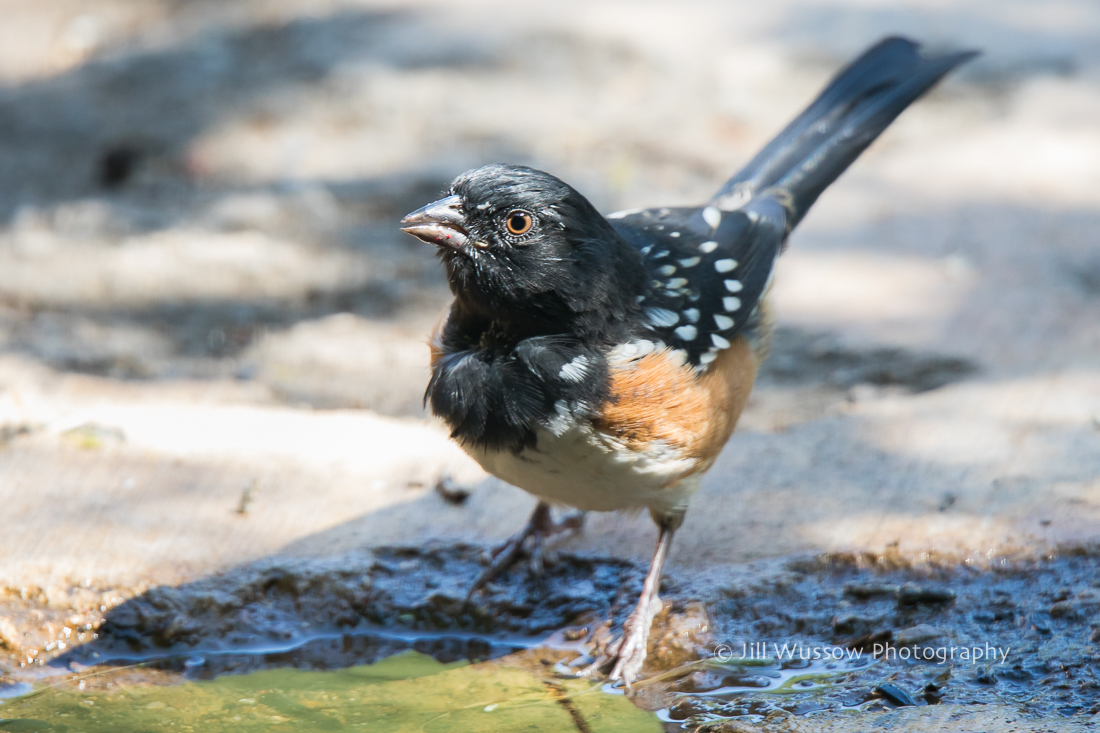 I had two wandering garter snakes last year who lived near my porch. I’d only see them when it would rain.  They’d poke their heads out of their favorite spot or be wandering (ha)around, and inevitably and without fail, it would rain. I want to think this friend is one of those from last year. Their names were Jake the Snake and Carter the Garter. 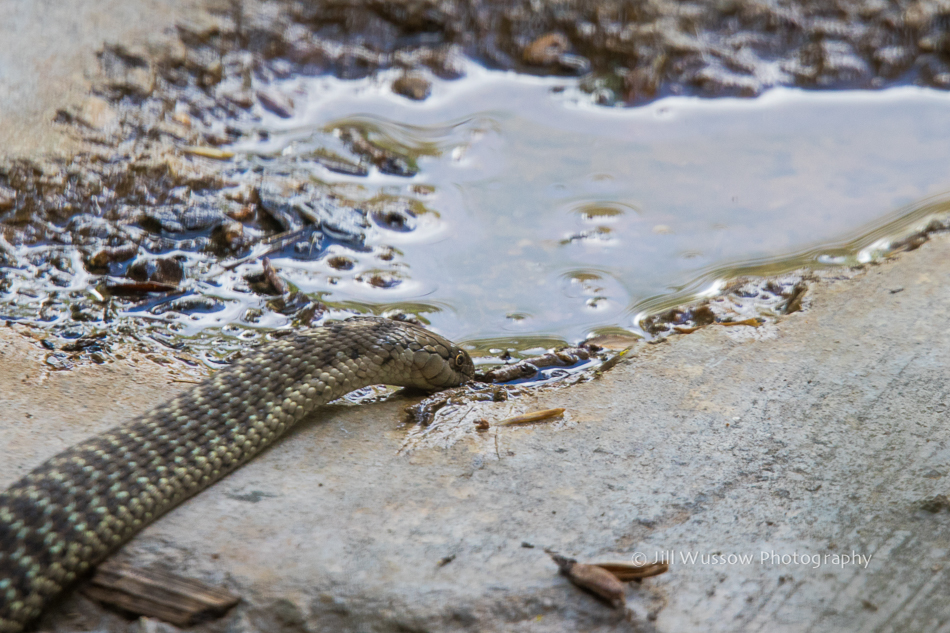 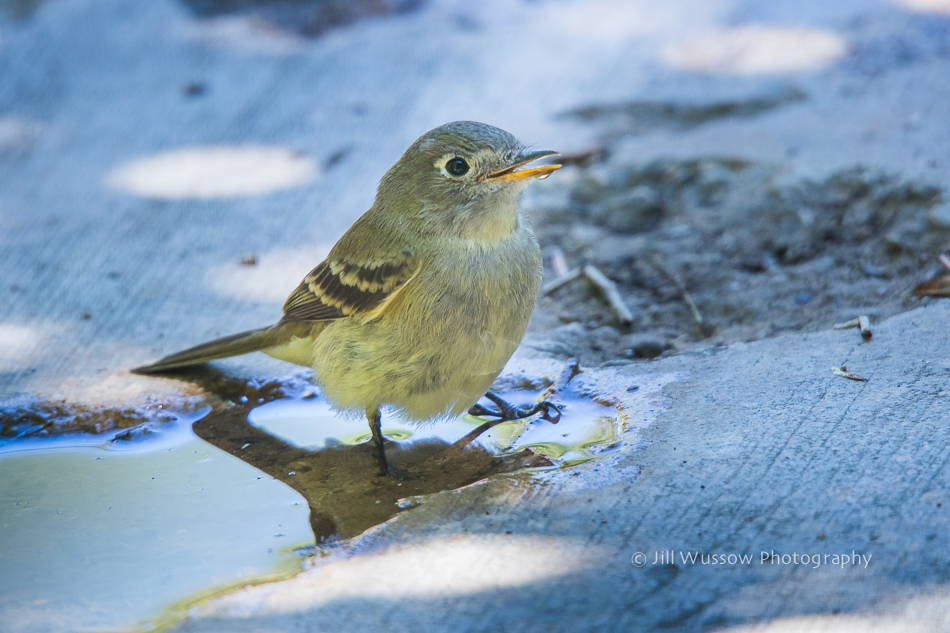 I was surprised to see this Grey Vireo. It’s been a pretty great season for flycatchers here. Dusky, Willow, Olive-sided, Hammond’s, Cordilleran, Grey, tons of Western Wood Pewees. Also, the magpies! They don’t always get the respect they deserve, but I think they’re great. They’ve brought me presents lately. Very generous friends.  One was gross- the innards of something, which I didn’t entirely appreciate, but they placed it right in the middle of my welcome mat. Last year, they brought some pieces of what I assume were kid’s toys. I started leaving mealworms out recently, and when the dish was empty, they left me two shiny man-made rocks. One of them brought something to the window the other day. It was in his bill, but I couldn’t tell what it was. I think he got flushed and took off with what was definitely going to be something fancy. 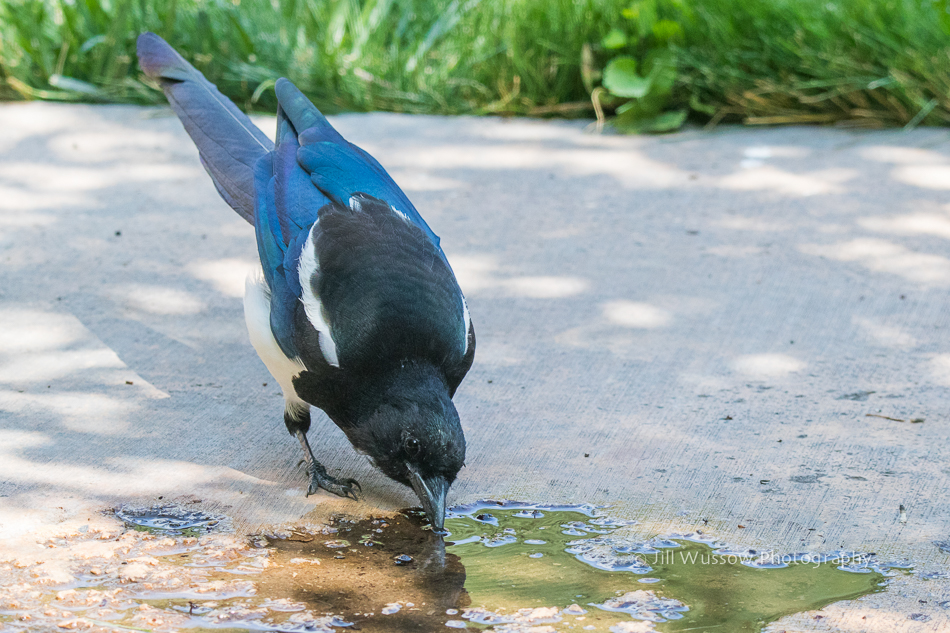 One Reply to “So Fresh, So Clean”